Partner Nicola McKinney analyses the fallout from FTX’s bankruptcy and what this means for crypto regulation going forward.

Nicola’s article was published in Law360, 19 December, and can be found here.

The dramatic collapse of the cryptocurrency exchange company FTX Trading Ltd. and its group companies has sent shockwaves around the globe.

Bankruptcy proceedings have already commenced in three different jurisdictions and a dispute about where these will be centered appears likely, crypto assets have suffered a sharp fall, and regulators in the world’s financial centers are evaluating what the response should be.

Creditors worldwide are said to be owed in the region of $8 billion. There will also inevitably be legal claims within this class to try to recover any shortfall.

On Nov. 11, the FTX group’s CEO Sam Bankman-Fried resigned and was replaced by John Ray III, an experienced insolvency and restructuring expert who oversaw the Enron Corp. bankruptcy.

FTX Trading, as well as a private trading company Alameda Research LLC — also ultimately owned by Bankman-Fried and under the FTX group umbrella — along with over 130 companies listed as affiliates, filed for Chapter 11 bankruptcy protection in the U.S. Bankruptcy Court for the District of Delaware, with Ray providing scathing evidence to the court about the running of the companies.

The lead-up to Bankman-Fried’s resignation was marked with headlines of cash flow and liquidity problems, investors being unable to withdraw funds, and a $600 million bailout offer from rival crypto exchange Binance Holdings Ltd., which was withdrawn after 24 hours.

There have been fewer reports on the earlier bankruptcy proceedings initiated by the Securities Commission of the Bahamas on Nov. 10.

The Securities Commission of the Bahamas applied to the Bahamas Supreme Court to freeze the assets of FTX Digital Markets Ltd.— a Bahamas-based subsidiary of the FTX group that was not included in the Delaware petition — to wind up the company and to appoint provisional joint liquidators Brian Simms KC, a Bahamian lawyer and leading counsel, as well as two PricewaterhouseCoopers LLP appointees.

By the enactment of the Digital Assets and Registered Exchanges Act, the island nation declared itself as a front-runner in cryptocurrency regulation and effectively issued an invitation for crypto exchanges like FTX to set up their headquarters in the Bahamas.

The Digital Assets and Registered Exchanges Act requires the registration of digital assets businesses, including for the purpose of ensuring it has appropriate controls, including:

The Digital Assets and Registered Exchanges Act also requires digital asset businesses to maintain adequate financial resources and solvency and to have effective corporate governance arrangements in place for the protection of client assets and funds.

Questions relating to the Securities Commission of the Bahamas’ oversight function and enforcement powers are likely therefore to become a feature of future legal proceedings.

The role of the Bahamian regulator is therefore likely to be significant, whether the bankruptcy unfolds in the U.S. or in the Bahamas — the control of this class of assets formerly held by FTX Digital appears to be in the regulator’s control, or that of the Bahamian provisional liquidators.

Simms has also suggested that they may hold the majority of assets and creditor claims; there have also been reliable reports of very substantial locally based assets, including real estate of at least $180 million.

The Bahamian provisional regulators have asserted that the Bahamas is the center of main interest as a matter of law. It also appears that a number of senior employees remain in Nassau, the capital of the Bahamas, where the headquarters of FTX had been based.

The connections to the Caribbean jurisdiction are therefore substantial, and are likely to be factors considered by the New York court when deciding upon the center of main interest.

The Position in the U.S.

Ray, in a declaration in the Delaware proceedings a week after his appointment, made a series of scathing remarks as he sought to summarize the scale and complexity of the task he and the experienced team of lawyers, investigators and blockchain analysis experts face.

He highlighted extraordinary internal oversight faults, criticized overseas regulatory oversight and “the concentration of control in the hands of a very small group of inexperienced, unsophisticated and potentially compromised individuals.”

He described the situation as unprecedented, and commented that in his career he had never before “seen such a complete failure of corporate controls and such a complete absence of trustworthy financial information as occurred here.”

The dig at the Bahamian regulatory regime may be viewed with raised eyebrows in some quarters.

While the robustness of the Bahamian regulatory regime is likely to be scrutinized, there are also likely to be questions from investigators — and from investors who face the prospect of significant shortfalls between what they have put in and what they will recover in the insolvency proceedings.

Investors are also likely to question whether lack of sufficient regulation created an environment in which the unprecedented situation that Ray described could occur — about the absence of any cohesive regulation of crypto exchanges and cryptocurrency in the U.S., which has been marked by delay.

In some respects, fundamental questions such as the definition of cryptocurrency and digital assets is to blame. There is no consensus about whether certain classes of digital assets are unregistered securities or something else. This uncertainty is not unique to the U.S. In the U.K. for example, the nature of cryptocurrency as property — whether it is a “chose in possession” or “a chose in action,” or again, something else — remains live.

But at a federal level, this has meant that there is an ongoing and public wrangle between existing regulatory bodies — principally the U.S. Securities and Exchange Commission or the Commodity Futures Trading Commission — as to who should have jurisdiction, and in relation to which digital assets.

FTX’s implosion is also likely to leave other countries reflecting on the adequacy of their regulations. Several crypto exchanges are based outside of traditional or large global financial centers — in jurisdictions like the Seychelles, Bermuda and Malta.

Whether the failures behind closed doors at FTX were linked to lacunae in the Bahamian Digital Assets and Registered Exchanges Act, in its enforcement, or would not have been picked up even with better oversight is something that lawmakers will be watching carefully as they seek to preserve the local income that comes with crypto exchanges establishing themselves there.

Crypto exchanges and their founders also have a significant interest and voice in the debate about regulation. For example, the CEO of Coinbase Global Inc., Brian Armstrong, has been vocal in challenging the definition of crypto assets as securities, and has lobbied for more stringent regulation — but regulation on terms that he and others in the industry see as fit for purpose.

A wider question will probably follow swiftly on the heels of these national debates. Will a country-by-country approach be enough? What should international cooperation on regulation look like?

The legal ramifications of FTX’s bankruptcy are likely to resound for years, with investigations and prosecutions, bankruptcy proceedings, creditor legal action and further regulation necessary.

Reports that the provisional liquidators and investigators already have cogent evidence of fraud suggests that there are likely to be ensuring criminal prosecutions. There are also now two sets of bankruptcy proceedings, with friction regarding which will take priority. The first is the Bahamian provisional liquidators’ application in the U.S. Bankruptcy Court for the Southern District of New York on Nov. 15 under Chapter 15 for recognition of a foreign proceeding.

This would include conferring powers for the purpose of investigation, including the examination of witnesses, and seeking the production of documents concerning the assets, affairs, rights and obligations of FTX Digital. Simms has rejected the validity of the Delaware proceedings to the extent that subsidiaries of the Bahamas-based FTX Digital were included.

Creditors globally, including many thousands of FTX customers, are considering their options to recover their shortfalls — reported to be around $8 billion in total — and in which courts civil proceedings might be pursued.

Third parties with deep pockets, and individuals close to the FTX top management who might be drawn in as defendants, are most likely taking legal advice.

Actors in the digital assets space have been taking steps to quell the shockwaves, including several of them offering funds to cover cash flow shortfalls. Coinbase’s Armstrong was reported by the Financial Times as indicating that the FTX mismanagement was a one-off, the result of one bad actor.

But with the impact on creditors, and with the value of bitcoin having fallen, and crypto lender BlockFi Inc. — a substantial creditor of FTX — having also filed for Chapter 11 bankruptcy, it seems unlikely that the effects of FTX’s failure will be capable of being isolated. 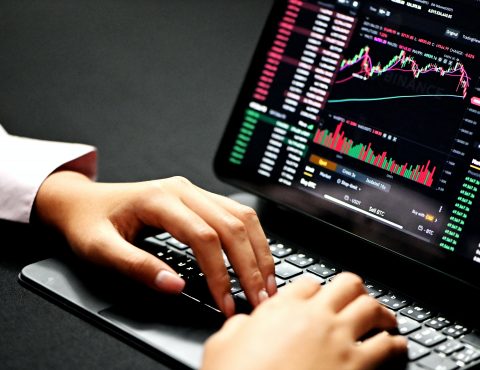 Consultant Abigail Healey discusses how "complacency" is now the biggest risk in enforcing against data breaches and hacking. 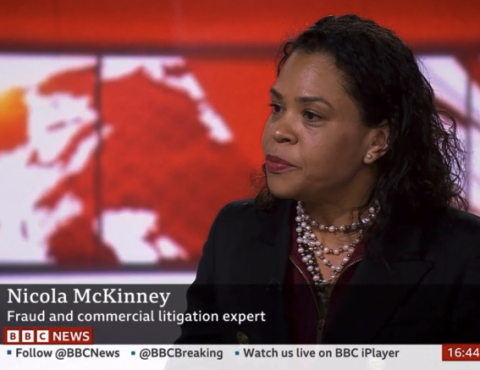